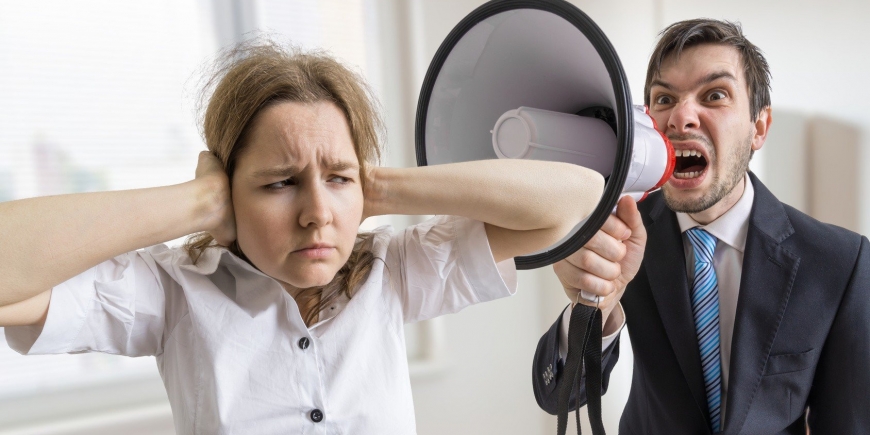 Mobbing. It is not just a new English-speaking term to add to the dictionary, but a “crime” that takes place in the workplace. If once upon time-continuous pressures and disrespectful treatments were simple “severity”, today the worker is better helped to overcome periods of serious difficulty in the workplace.

In our profession, we know how important mutual respect and a peaceful working environment are. A utopia? Certainly not, because it is a right to be claimed, especially in very difficult situations that negatively affect your state of mind. 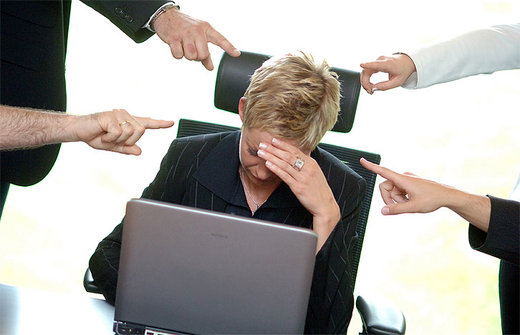 Let’s go deeper into this topic by clarifying together what bullying is then, how to recognize it, and ask for help in case of difficulty.

The definition: what bullying is

This English term, adopted by us Italians in its original form, derives from the verb to mob and means to attack. Indeed, mobbing is a form of aggression, psychological or physical, carried out by the employer and colleagues against the worker.

The strategy is close to that observed by the ethologist Lorenz in the seventies: some animal species surround a fellow to induce him to abandon the herd. From this behavior derives the similarity with bullying as we understand it in the workplace. The goal is to push the employee to leave the job of his own free will, to avoid dismissal costs and other related tasks.

To define mobbing, however, we cannot stop only at the action of third parties. What makes this behavior truly dangerous is the effect it can have on the health of those who suffer it. The symptoms are many, from anxiety to acute forms of depression, somatized stress on the skin and digestive system, loss of self-esteem, tremor, tachycardia, insomnia, and even social isolation. This is a representative index of how dangerous it is to practice and suffer mobbing.

For this to be recognized, it must be emphasized that injustice must be prolonged. Even if there is no written rule, it takes at least 6 months to be able to evaluate hostile behavior such as bullying. Furthermore, this kind of harassment must be part of an explicit expulsion plan, uniquely addressed to a person. In these cases, we can speak without a shadow of a doubt about mobbing.

Mobbing: one term, many different expressions

Unfortunately, this injustice can be done in several ways. The positive side is that thanks to their recognition, it is easier to classify a situation as “mobbing”.

In general, we can identify 4 different types:

Bullying at work and the law

Currently, Italian law does not provide rules and sanctions directly related to cases of mobbing. Despite this, there are many legally and civilly valid sources that protect the worker.

The first foothold comes from Europe, with the resolution 2001/2339 regarding bullying in the workplace. Even if it has not been translated into an explicit law in Italy, it refers to a community duty and therefore legally valid.

Returning within the borders of our country, the support of the Constitution is back, in at least 3 points. With article 32 the constitutional principle of the right to health is reaffirmed, article 35 instead makes explicit the duty to protect workers in all its forms and applications, article 40 binds public and private commercial activities not to harm security, freedom, and – above all – human dignity.

The Civil Code also comes to the aid of those who suffer mobbing with two articles in particular. Article 2043 makes compensation mandatory for any unjust damage done voluntarily. Even closer to the world of work is article 2087, which requires every employer to protect the “physical and moral integrity” of its employees.

Finally, we can’t ignore it Workers’ Statute (Law 300/700), which guarantees physical and mental health to every professional (article 9), tasks of a level never lower than that of the agreed classification (article 13), protection against discrimination for political or religious reasons (article 15) and the reallocation of one’s job in the event of unjustified dismissal.

How can you defend yourself from bullying

It’s clear: managing a situation of high stress and constant attack in the workplace is not at all easy. What we recommend as professionals is to never let go if you are right.

First, then, make sure you are included in the bullying case.

Did the injustices suffered at work cause you damage to your health directly? If so, distinguish whether those who are creating difficulties for you are doing it maliciously, therefore with full awareness of their will and actions, or in a culpable way, that is, with an awareness of their conduct but without the will to cause damage.

If you believe you are a victim of bullying you can consider contacting a lawyer to file a complaint in front of the civil judge. This will allow you to resign for a just cause (if you want it) and above all to obtain justice for the physical and psychological damage you have suffered.

Even very difficult situations like mobbing can be done with your head held high!

If you are looking for a new job opportunity, in an environment that knows how to enhance you as a person and as a professional, look here at the job advertisements published on our site or upload your CV to be always updated on the open positions of your interest.